Subscribe
Go to 360° virtual tours of our pilot projects 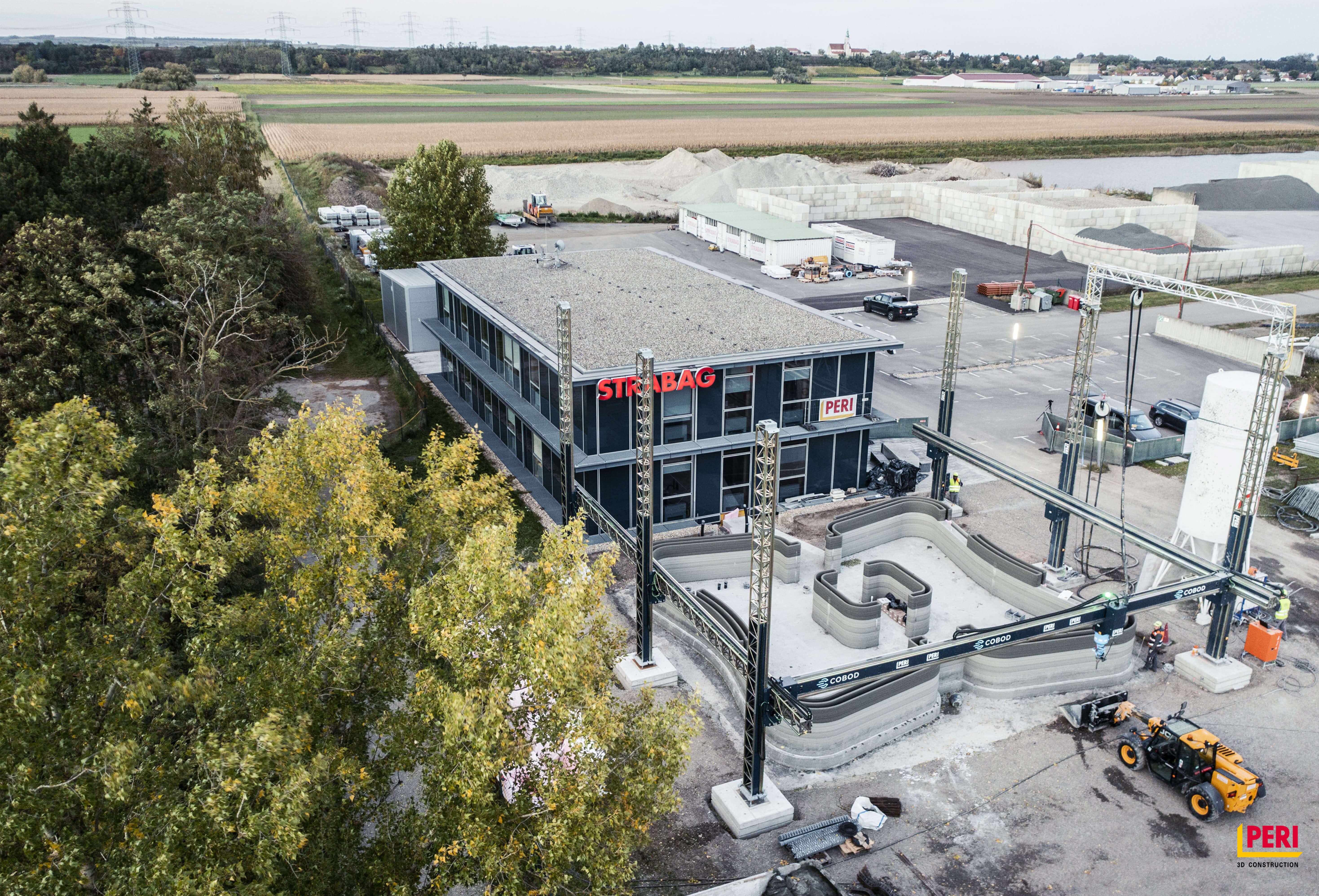 Weißenhorn/Hausleiten. Austria’s first 3D-printed building is being constructed in Hausleiten, Lower Austria. Construction technology group STRABAG, together with PERI, the formwork and scaffolding manufacturer and a pioneer in 3D construction printing, is realising a roughly 125 m² office building next to its asphalt mixing plant in Hausleiten. The pure printing time for the building extension is approx. 45 hours. The special dry mortar for the construction 3D printing project "TectorPrint", with long workability and good pumpability, is being supplied by Lafarge. 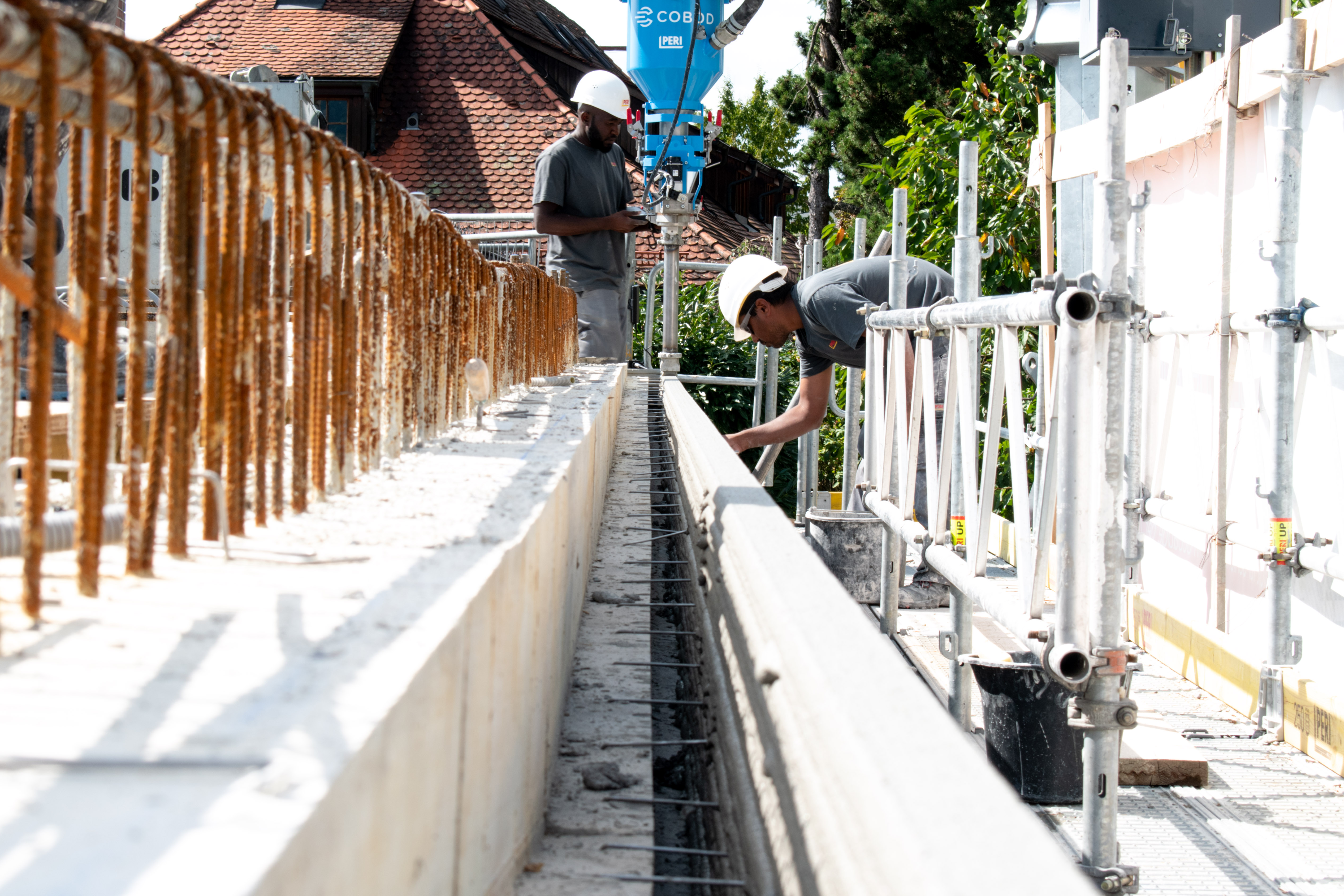 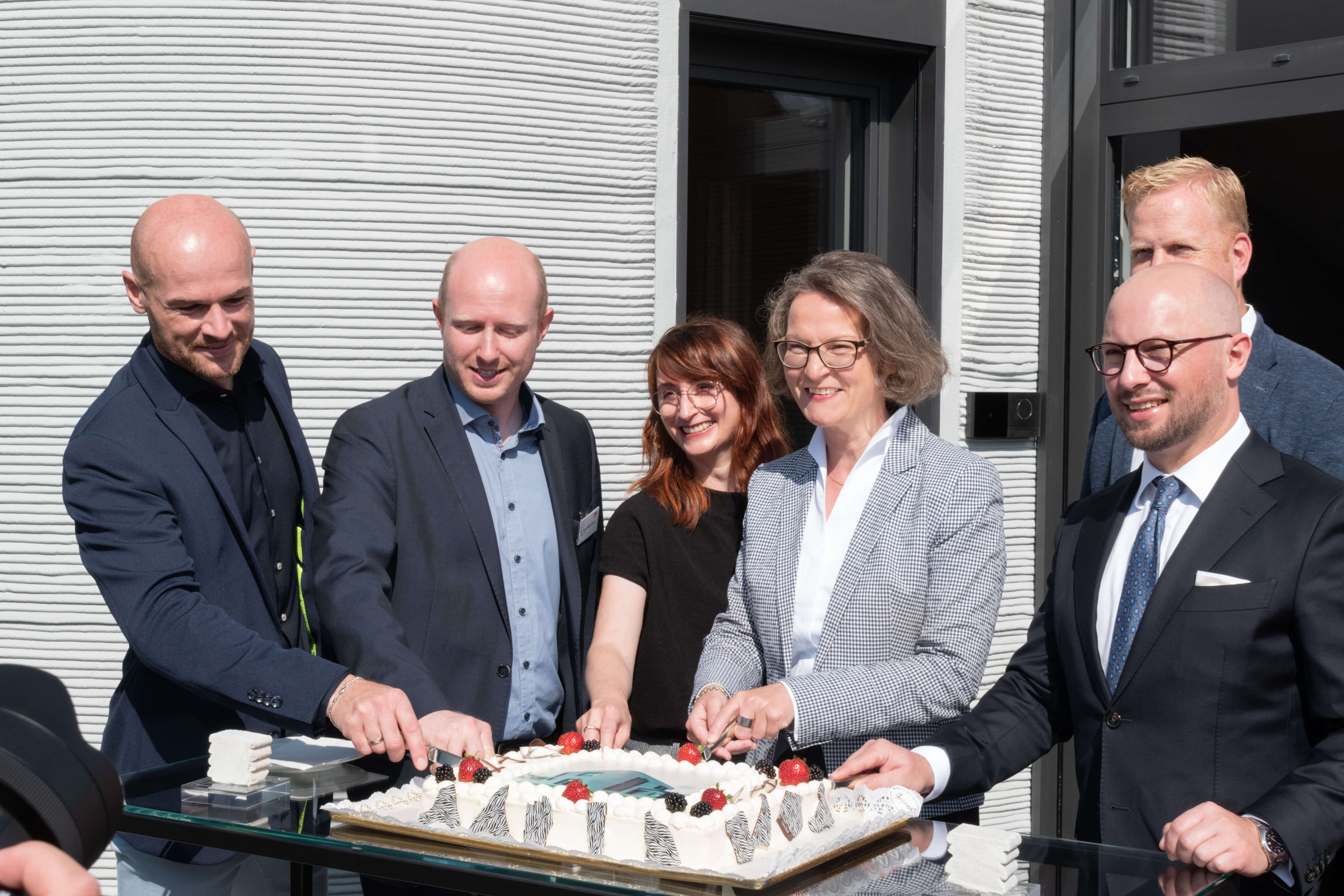 In Tempe (Arizona) we are printing our first fully permitted 3D-printed home in the US. We are incredibly proud to team up with Habitat for Humanity in this groundbreaking project. The new 3D-printing project is a single-family home with three bedrooms and two baths. The livable space is 1,722 square feet (160sqm), and the total project is 2,433 square feet (226 sqm). The home is expected to be ready for occupancy in August/September. It was printed with a COBOD BOD2.

Best 3D-printed house in the world

Jarett Gross, a US-based Construction Tech Correspondent who is covering cutting edge firms and their route to automate construction, visited our construction site in Beckum, Germany. While the 3D-printing was completed in December 2020, the interior fittings are in full swing.

Take a look at the video to see the current state of construction as well as various details of the interior design. It clearly illustrate the holistic approach we took in the planning phase together with the architect MENSE-KORTE ingenieure + architekten to fully exploit the possibilities of 3D construction printing. 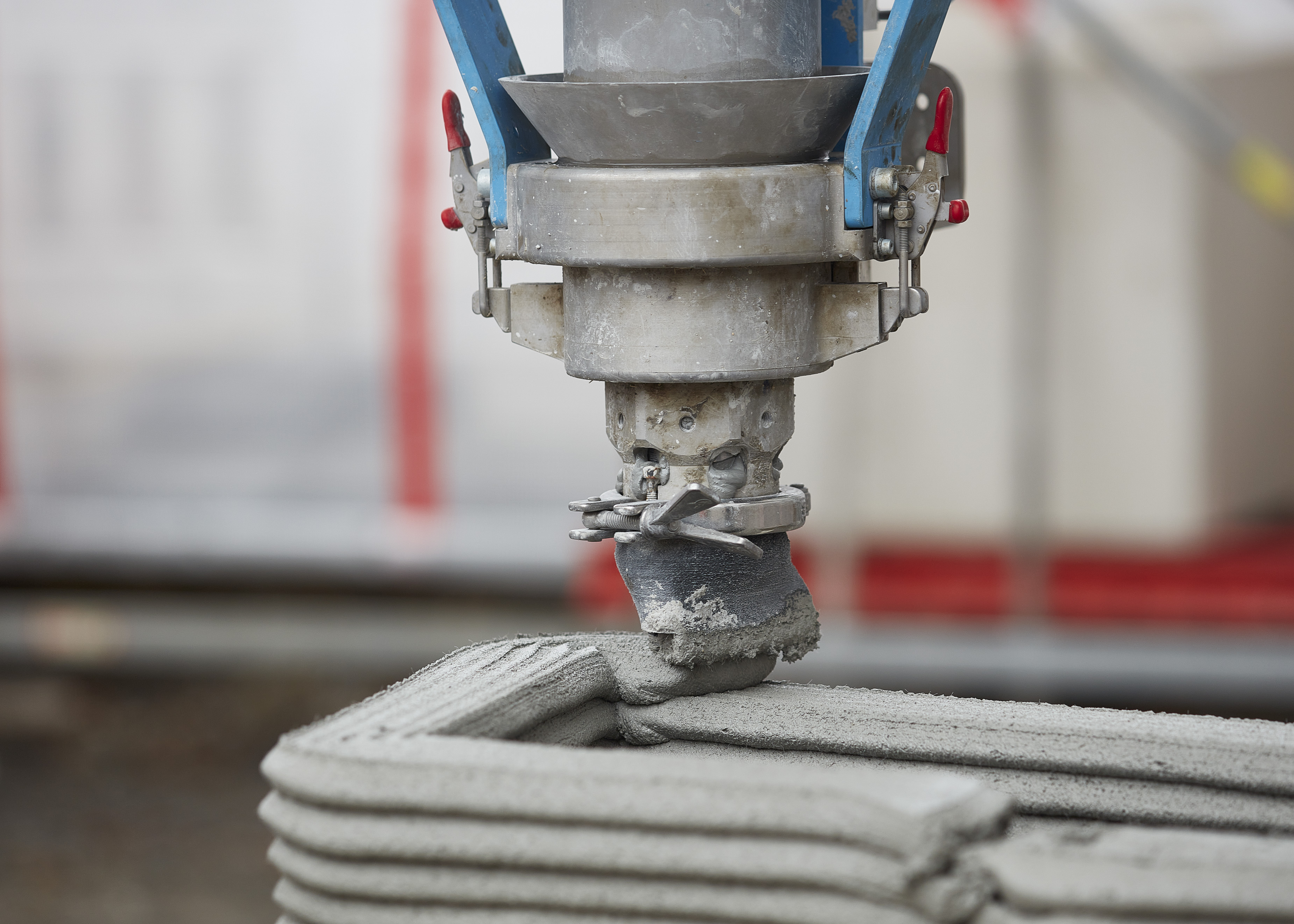 For the first time in Germany, a house comes out ofthe printer. The two-storey building in Beckum (NRW) with approx. 160 sqm ofliving space consists of multi-layered walls that are filled with insulatingmaterial or with in-situ concrete. The concept for the innovative property wascreated by Mense-Korte ingenieure+architekten. Printing was carried out with aconcrete printer from PERI installed on the construction site. A specialprinting mortar from HeidelbergCement was used as the printing material. Theproject was assisted by experts from the TU Munich and the engineering officeSchießl Gehlen Sodeikat. With this manufacturing process, houses can be builtfaster, more economically and more sustainably. In addition, the process allowsfor a very individual design of the living space.

Why this 3D-printed house will change the world

The B1M features our pilot projects in Germany in one of their well know videos. They believe that "the impact of this 3D-printing breakthrough for construction and for the buildings we all use could be huge".

Take a look to not only see how our BOD2 construction printer is printing a single- and a multi-family house but also how Fred Mills from The B1M discusses with our colleagues Dr. Fabian Meyer-Brötz (Head of 3D Construction Printing) and Yannick Maciejewski (Application Engineer) the benefits of 3D construction printing, the challenges we had to overcome as well as the potential of this new construction method for the future of the construction industry. 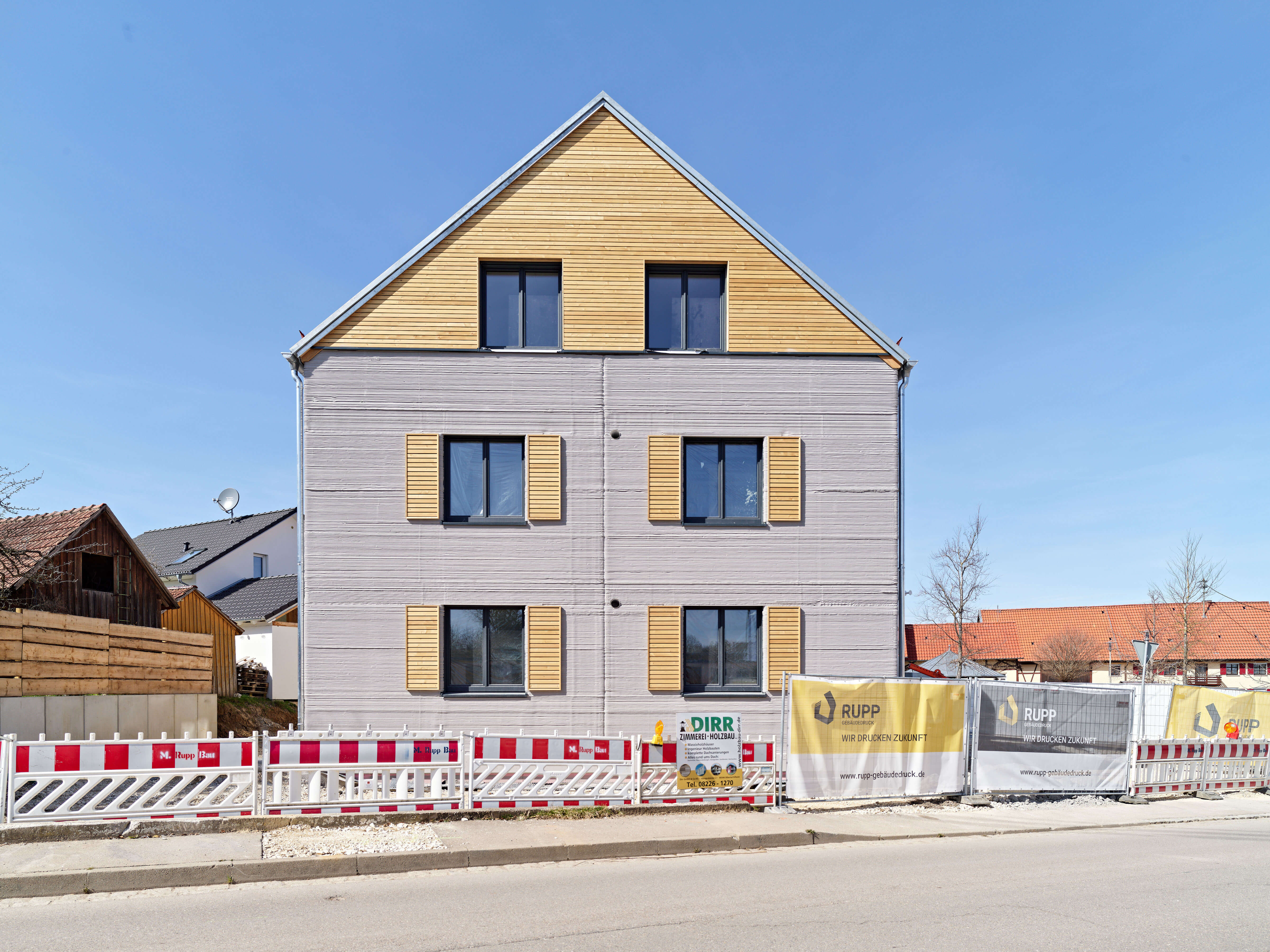 PERI GmbH is once again printing a residential house with a 3D construction printer in Wallenhausen, Bavaria. After the family-owned company announced the printing of the first residential house in Germany in Beckum at the end of September 2020, the next house is now being built with the help of a 3D construction printer. The 5-family house with around 380 square meters of living space will be the largest printed residential building in Europe upon completion. A total of six weeks of printing time are estimated for the project. 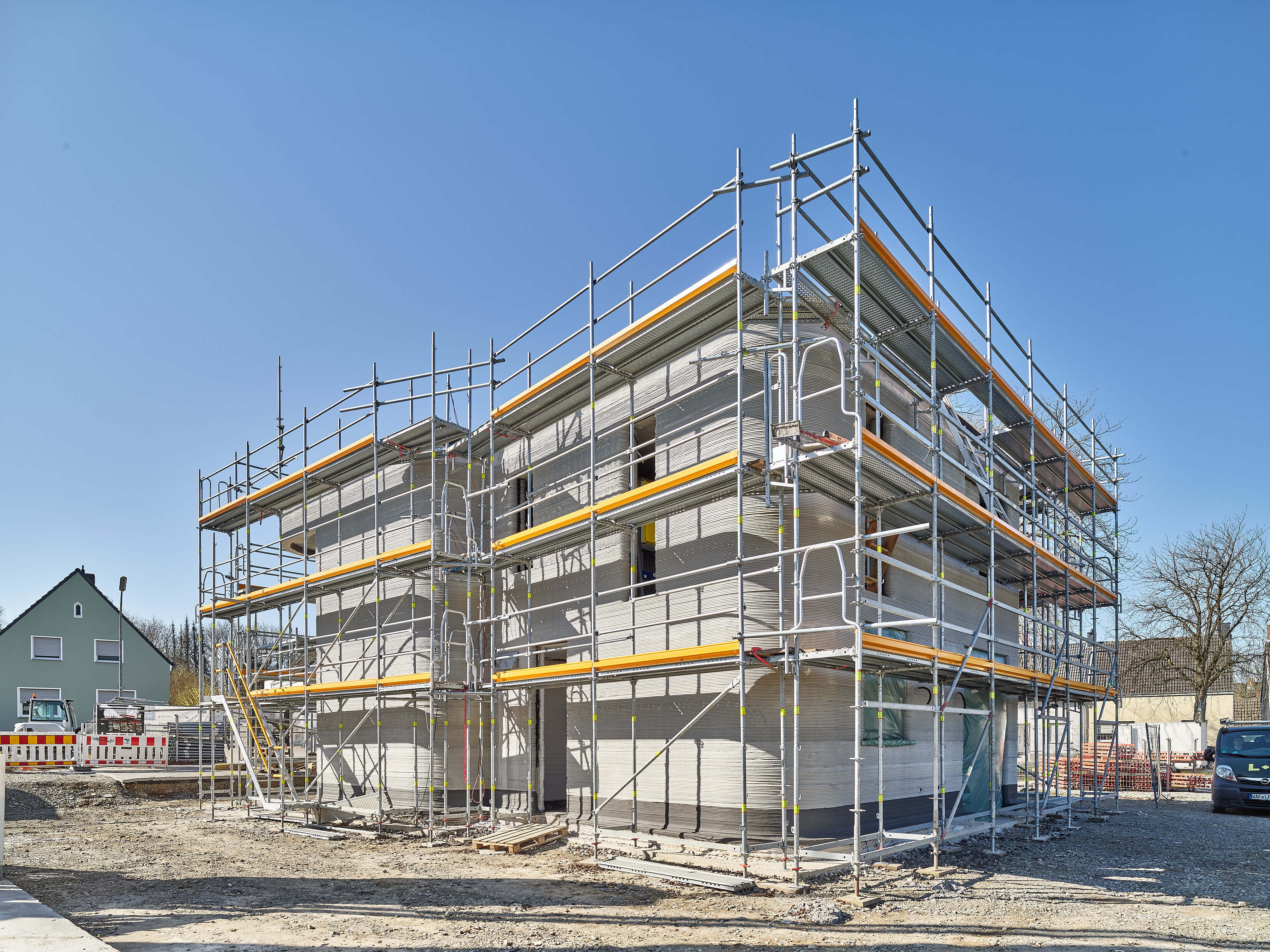 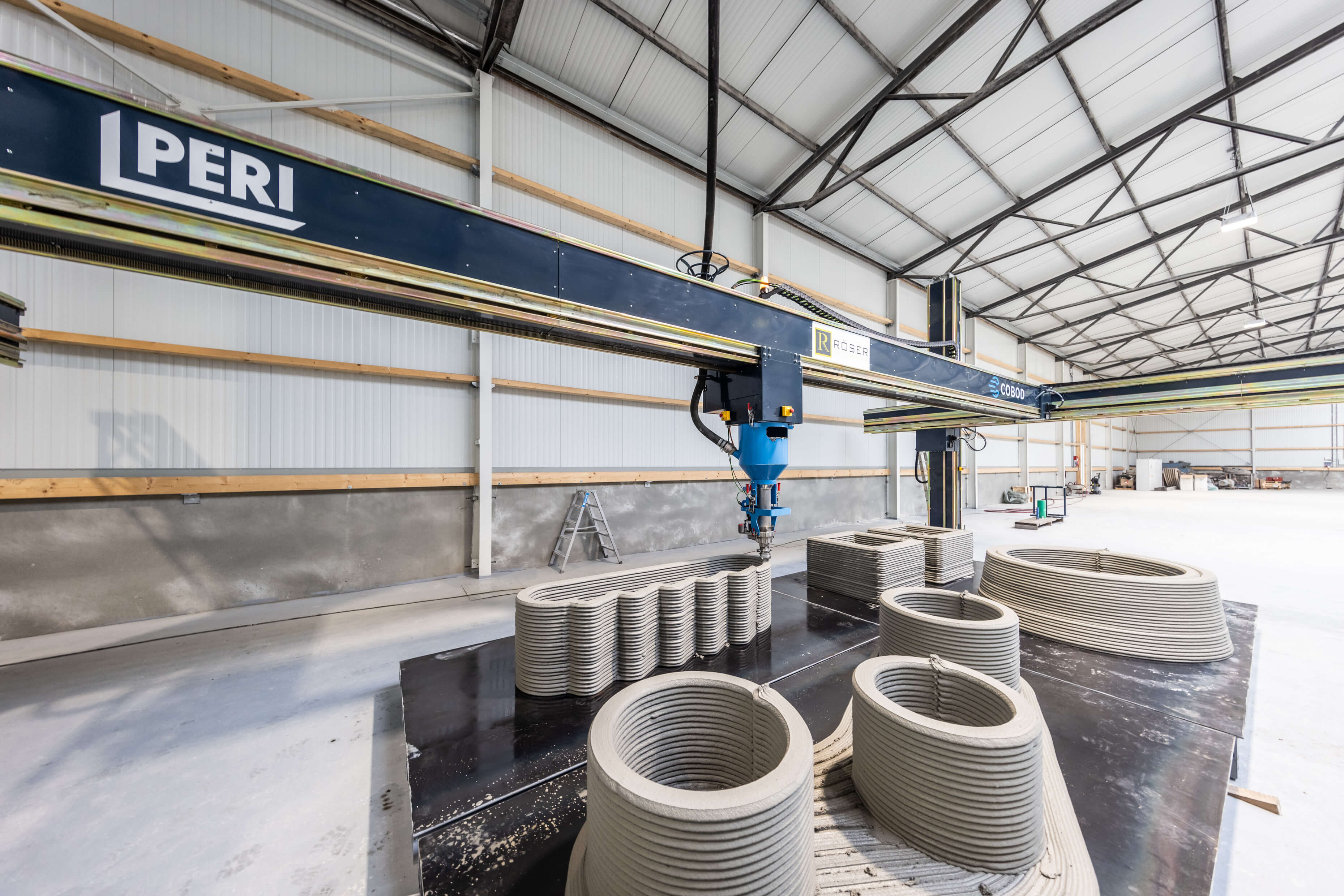 Get in touch with us

You want more information or have questions? Don't hesitate to contact us.